Irish Paper 1 for the Leaving Cert: A response from Conradh na Gaeilge

The Minister of Education has taken a decision to move Irish Paper 1 for the Leaving Cert to the end of 5th year in the Senior Cycle. This is a decision that has no educational basis and for which concern has been raised within the Department of Education itself as evidenced by information that has emerged through a recent freedom of information request.

Conradh na Gaeilge is calling on the Minister of Education to reverse this decision and to begin the development of an Irish Language Policy for Irish in the education system from pre-school to third level, as promised by Fianna Fáil in the general election in 2020, without further delay.

Information has been published today as a result of a freedom of information request put by Conradh na Gaeilge to the Department of Education about the basis of the decision to change the arrangements for Irish in the Leaving Cert for students who will be starting 5th year from September 2023 onwards. Those students will now have to do Irish paper 1 at the end of 5th year.

From the information acquired from the freedom of information request, it is not clear that there is any educational basis for the decision taken by the Minister of Education. Language skills between writing, reading, speaking and listening are acquired in an integrated manner over the two-year period of the senior cycle. Different media, literary texts, video and audio texts and texts from contemporary media are used to cover the course topics to prepare students for the Oral Test and the written tasks examined on the Irish Paper 1 (composition, listening comprehension). This proposal that some of the skills will be assessed at the end of the fifth year is at odds with best practice in relation to the integrated approach to the teaching of the various language skills.

“According to information obtained from the freedom of information request sent by the Conradh to the Department of Education regarding the decision to move Irish paper 1 to the end of year 5, it is clear that there was no educational basis for the decision and that there was no discussions with Irish language teachers about the implications of this change. Not only that, but it was very clear that the State Examinations Commissions were worried about the plan. They often said in correspondence that the specifications would need to be revised and adapted if Paper 1 was moved forward by more than a few weeks. They also mentioned the potential disadvantage for boys in terms of maturity when examining composition at the end of 5th year. We are surprised that the Department of Education went ahead with the proposal when these concerns were made known to them.”

“We are calling on the Minister for Education, Norma Foley, TD to reverse the decision she has taken to move Irish Paper 1 to the end of 5th year. In addition, we are calling on her to start the development of an Irish Language Policy for the education system from pre-school to third level, as Fianna Fáil promised in the general election in 2020 and which is referred to in the Government Programme, without further delay. We do not believe that any major changes should be made to the Irish language in the education system until this has been done.”

Information for the editor: 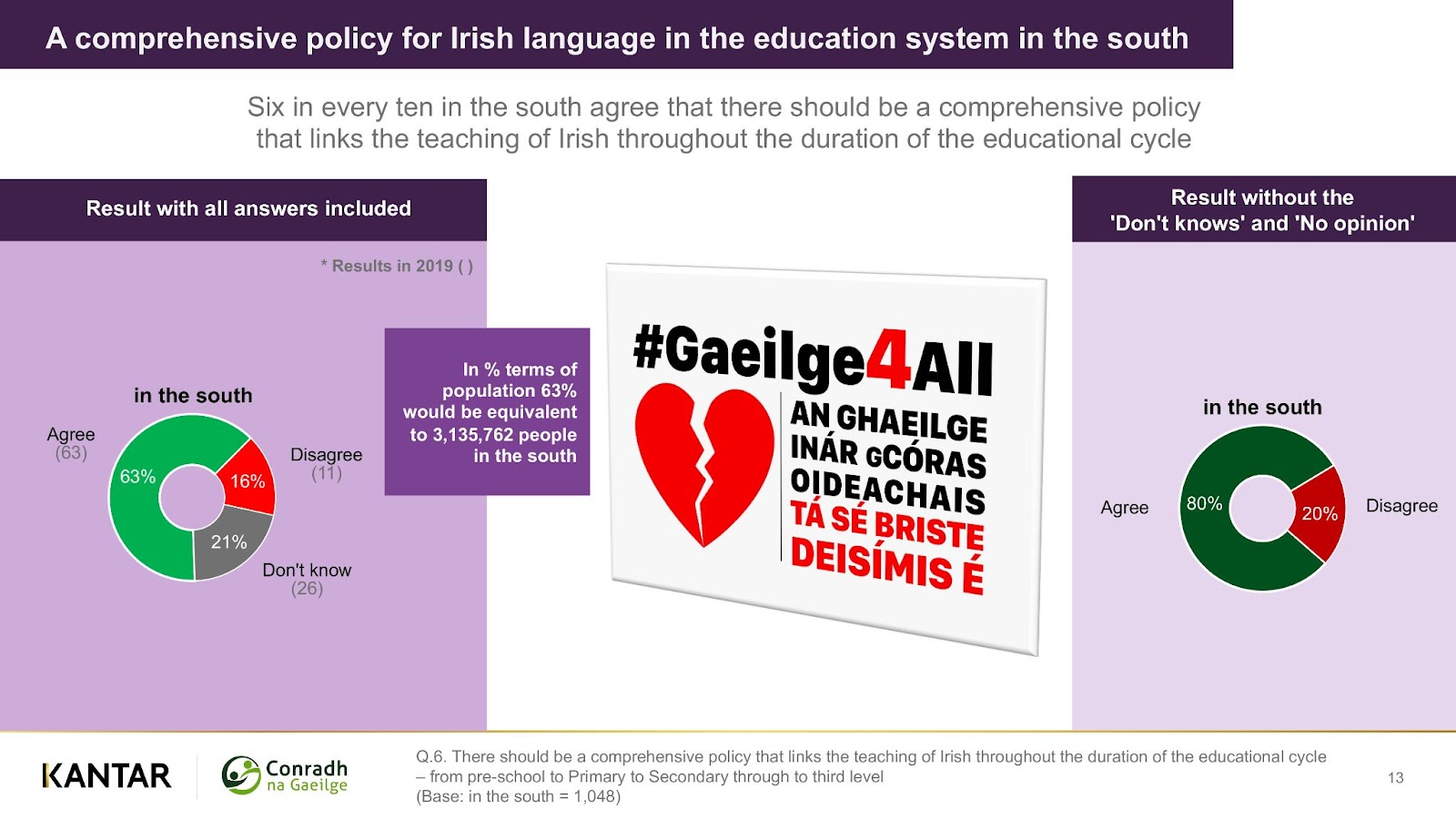