An Comhrá Mór: Action Forums in the Gaeltacht 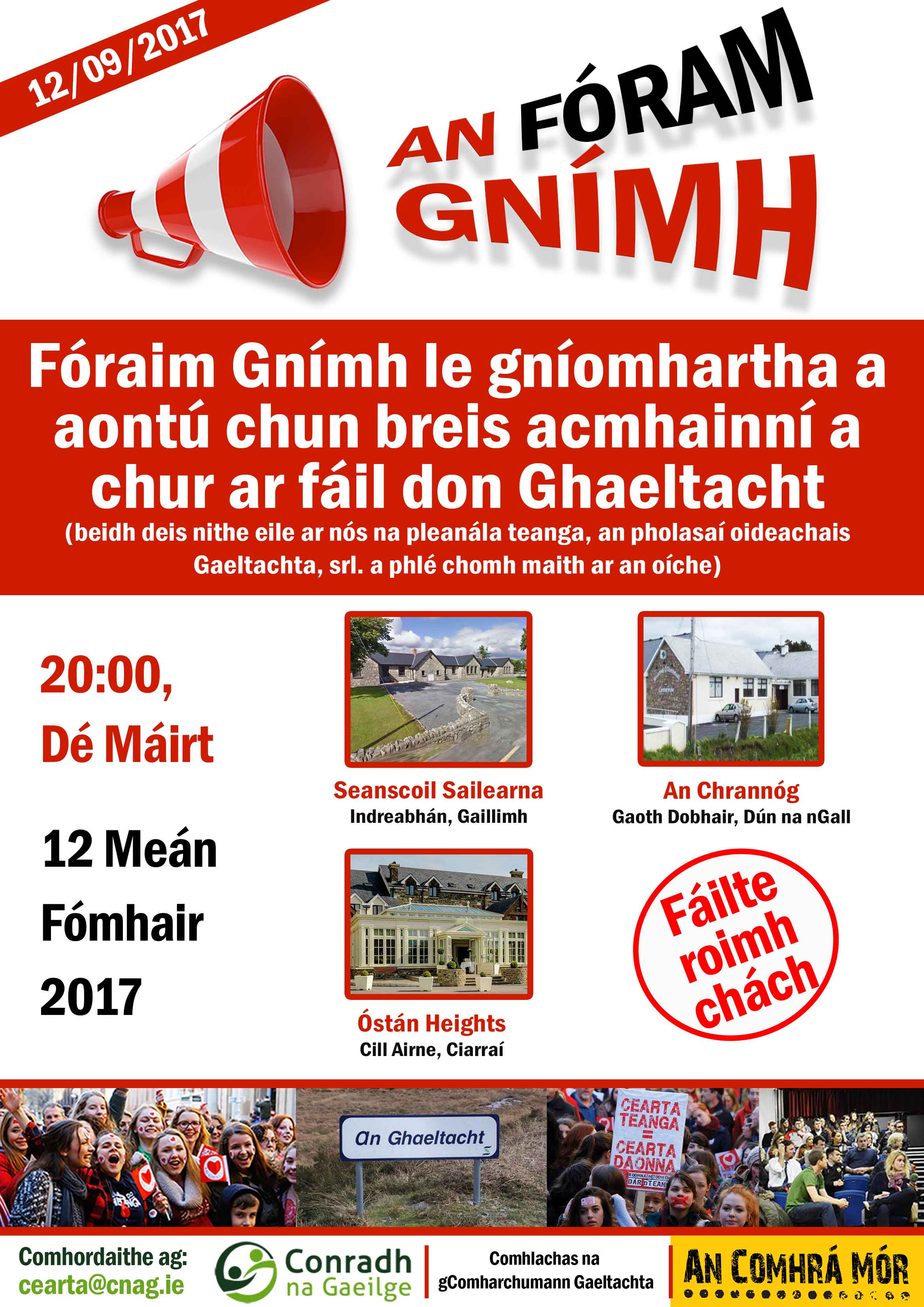 On foot of recommendations from the first mass meeting of An Comhrá Mór, Conradh na Gaeilge is hosting a series of action forums for Gaeltacht regions across the country.

The question of investment in the Gaeltacht is on the agenda for discussion as well as actions that the community could take to secure such investment.

There will also be an opportunity to discuss the current work being done in the Gaeltacht, including issues like language planning, the policy on Gaeltacht education, etc.

Speakers at the Meetings

Chairs of the Meetings

Posters are available from Conradh na Gaeilge via email  or online: http://bit.ly/ForaimG17

When the 2011 Census in Wales showed a fall in the number of people who could speak Welsh, the Welsh Government launched a national conversation about the future of the language. This was an open forum called Iaith Fyw: Y Gynhadledd Fawr (A Living Language: The Big Conversation).

In Ireland, the latest results from the 2016 Census in the south have shown a decline in the number of Irish speakers for the first time since 1946. Inspired by Y Gynhadledd Fawr, An Comhrá Mór wants to kickstart Ireland’s own big conversation about the Irish language.

While An Comhrá Mór will act as a public forum for ideas and opinions, the ultimate aim of the meetings is to act on the thoughts put forward. Campaign-specific actions will be agreed at the meetings, especially as regards to attaining rights-based language legislation in the north, stronger legislation in the south, and funding for the Irish-language and Gaeltacht investment plan as agreed by 80 community groups.

The Next Steps Forward...