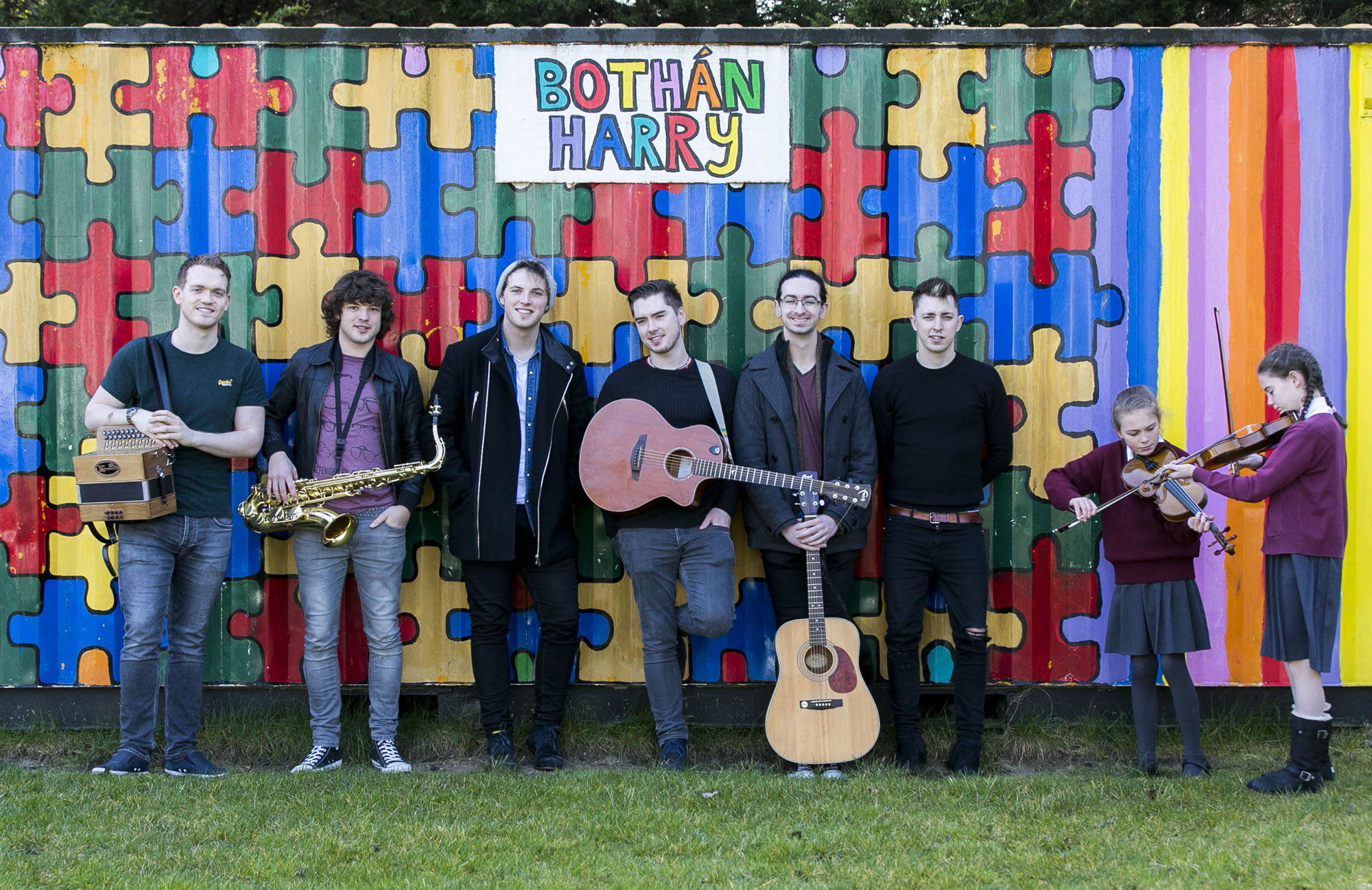 As thousands of schools across Ireland prepare to run events for Féile na Físe as part of the Ireland 2016 Commemoration Programme on or around Proclamation Day (15 March 2016), Gaelscoil na Camóige in Clondalkin, Dublin, will be hosting a huge Irish-language and culture celebration including a special concert in the school with the Irish band Seo Linn, Seachtain na Gaeilge 2016 Ambassadors.

Féile na Físe is a programme of suggested events for schools and community groups to organise as part of Seachtain na Gaeilge 2016 on and around Proclamation Day, both to commemorate the events of 1916 and to highlight the influential and important role the Irish language and culture played in the vision the leaders of the Rising had for Ireland. Conradh na Gaeilge organises the international Irish-language festival Seachtain na Gaeilge annually and Féile na Físe takes place as part of both Conradh na Gaeilge’s and Ireland 2016’s respective 2016 Commemoration Programmes.

“Féile na Físe aims to offer everyone in Ireland the opportunity to take part in a festival that focuses on each aspect of traditional culture as part of Conradh na Gaeilge’s 2016 Commemoration and Seachtain na Gaeilge 2016, so pupils throughout the country will be involved in everything from Gaelic games to drama, music, dance, singing, folklore, and much more on Proclamation Day.”

One of the highlights of Féile na Físe includes a performance of An Filleadh on the main stage of the Abbey Theatre in the capital on Easter Monday (28 March 2016) by Gaelcholáiste an Phiarsaigh from Rathfarnham, Dublin. An Filleadh is the only Irish-language drama in Irish currently scheduled for performance in the Abbey Theatre in 2016, and the play was written specifically for Féile na Físe by Alan Titley. There is no charge for admittance to An Filleadh but tickets must be booked in advance at www.abbeytheatre.ie.

Guidelines and resources for Féile na Físe are available on the Seachtain na Gaeilge website at www.snag.ie to assist teachers and members of the public taking part in this unique commemoration, and these supports include the complete script of Alan Titley’s play, An Filleadh, and lyrics to Óró ‘Sé Do Bheatha ‘Bhaile as well as a new version of this famous song as performed by the band Seo Linn and Darkin. A video of the song Óró can be viewed on Seachtain na Gaeilge’s website while the sound file can also be downloaded free of charge for Féile na Físe.