Raidió Rí-Rá live on FM around the country

Raidió Rí-Rá will broadcast live on FM around the country from its Harcourt Street Studio, 14-16 November 2022 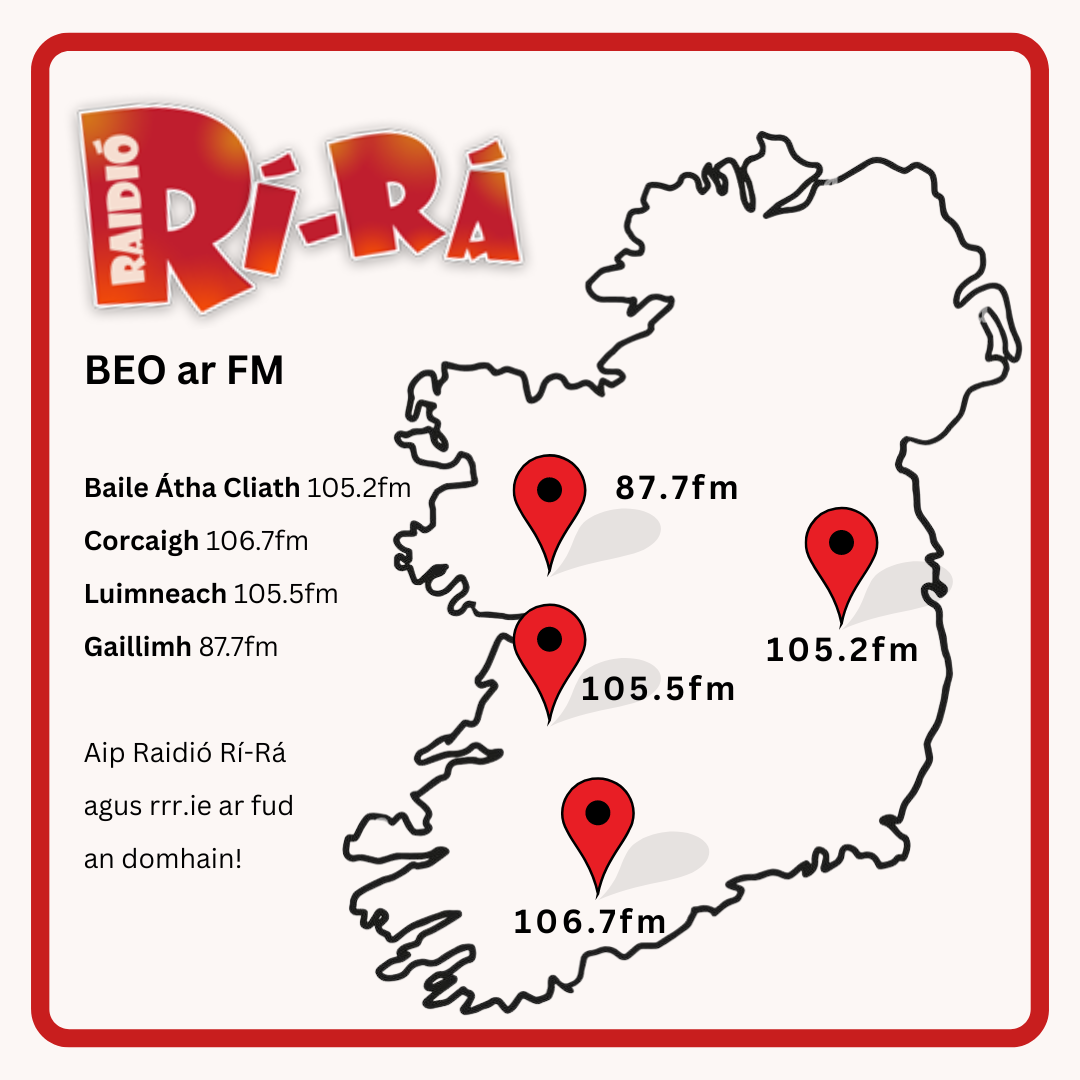 Chart music and chat between Raidió Ri-Rá broadcasters will be heard live on FM radio in Dublin (105.2fm), Cork (106.7fm), Limerick (105.5fm), and Galway (87.7fm), as well as usual digital broadcast on rrr.ie and the Raidió Rí-Rá app on Apple and Android. During this special broadcast period, exclusive shows on air will include live podcasts by the GaelGals, Na Seansálaithe, and ‘Radio Person of the Year’ at Gradaim Chumarsáide an Oireachtais 2022 Seán Ó Dubhchon, as well as other Rí-Rá presenters, members of university Irish societies and other special guests.

Raidió Rí-Rá Chairperson Traic Ó Braonáin says “The listeners will play a vital role too as presenters look forward to interacting with the community, especially with young people and schools! #Gaeilge24 happens to fall during the same week (15 November), so we encourage schools and classes to send messages to be read out on air, via Twitter, Instagram and Facebook with the hashtag #RRRfm.

We would like to thank the Department of Tourism, Culture, Arts, Gaeltacht, and Sport, and the Broadcasting Authority of Ireland for their support in this development opportunity, and the opportunity to show that the station is ready to take the next step to provide quality shows and content to young people at a national level on a full-time basis.”

New Station Manager Emma Ní Chearúil has been working with Raidió Rí-Rá for a month now, and this opportunity has provided a baptism of fire: “Raidió Rí-Rá’s team of broadcasters are enthusiastic and highly capable. It’s brilliant that young people are working to provide this service for their peers, and it is our goal to be able to provide this service permanently, so that young people around the country have music and chat as Gaeilge at their fingertips anytime and anywhere, on FM and online.”

Raidió Rí-Rá will be heard on the following frequencies, at rrr.ie and on the Raidió Rí-Rá app on Apple and Android: