Conradh na Gaeilge is a democratic forum, made up of individuals and branches working for the language as part of a community movement. There are over 200 branches around the world dealing with different groups, aspirations and goals, but all with the Irish language as a priority in their work.

These branches include Irish Societies, which are found in most Irish colleges and universities, as well as some abroad. They work for the language at student level, creating language communities wherever they are.

In recognition of the work being done by branches, awards are presented annually at the Conradh na Gaeilge Ard Fheis in various categories, including a third level section.

Branches are marked on different aspects that contribute to the spirit of the work done by assesses the following criteria:

The Conradh Buanchoiste adjudicates the competing branches, and the awards are presented annually at the Ard Fheis.

The 2020 Conradh na Gaeilge Ard Fheis took place in the Galway Bay Hotel from the 21st to the 23rd February. The Tionól 3ú Leibhéal was held during the same time, and the committees of Cumainn Ghaelacha and Students Union officers from colleges across the country came were in attendance.

There was strong competition between the branches, with very strong performances from many branches throughout the year. In the end, three winners were chosen for the 2020 awards. 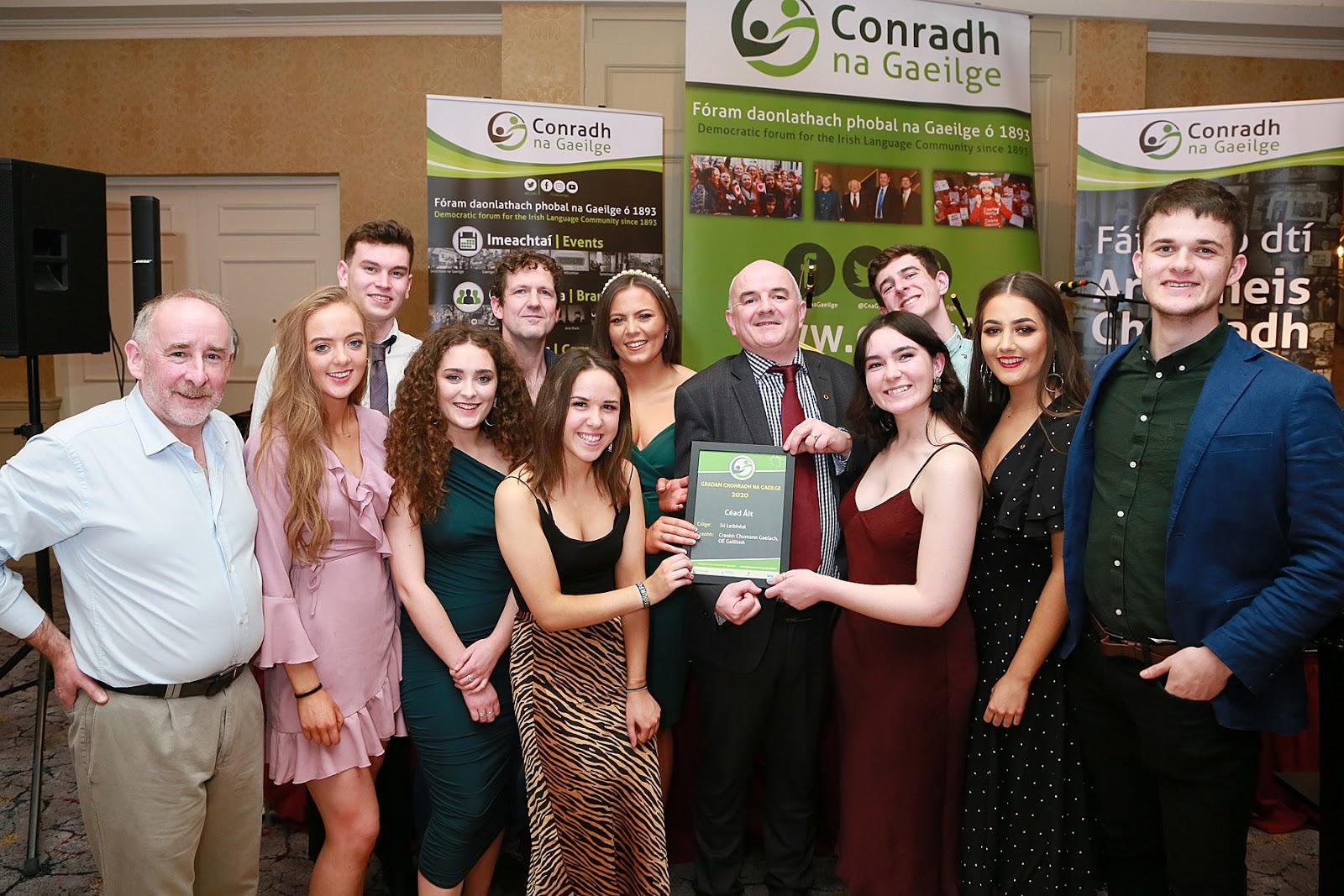 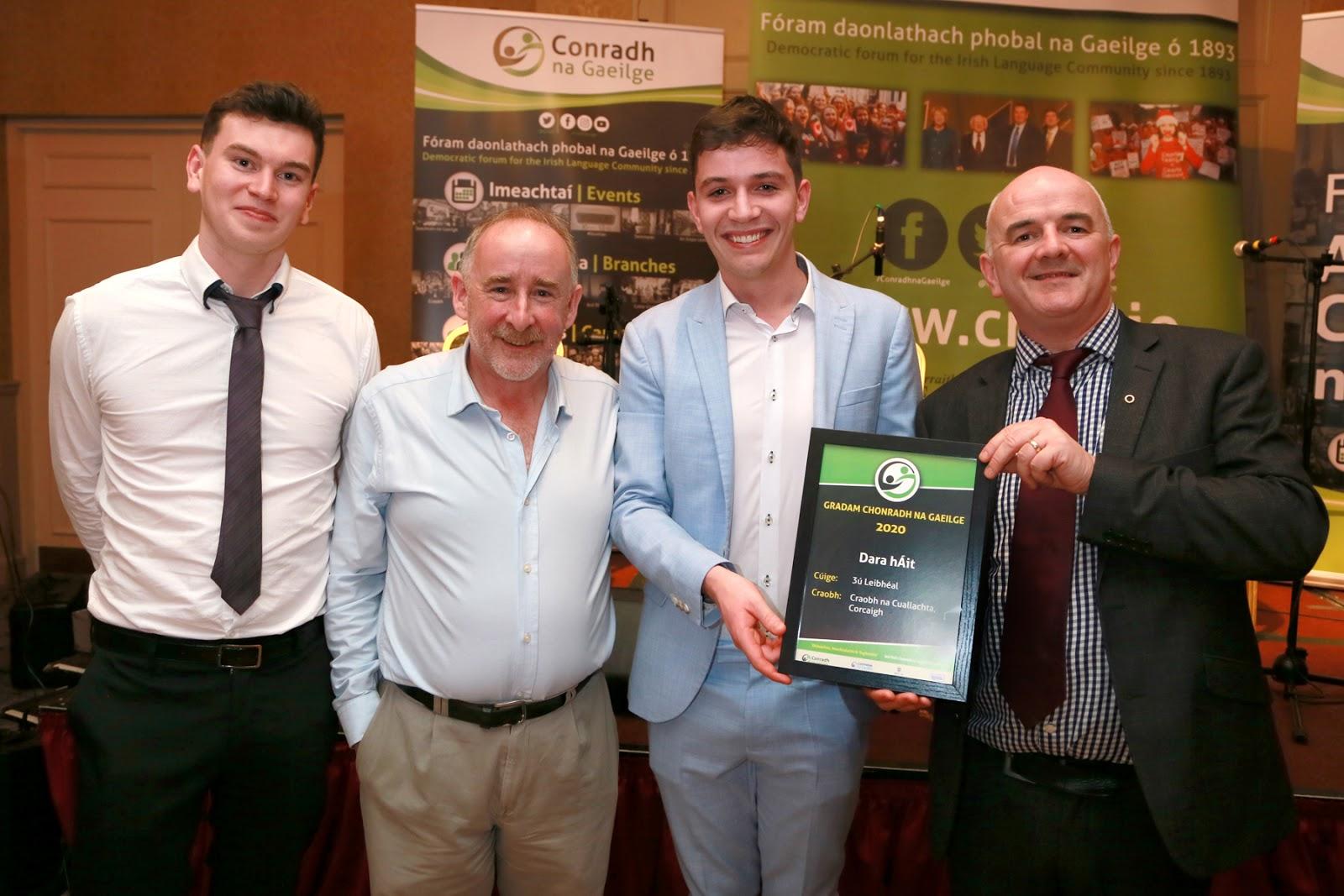 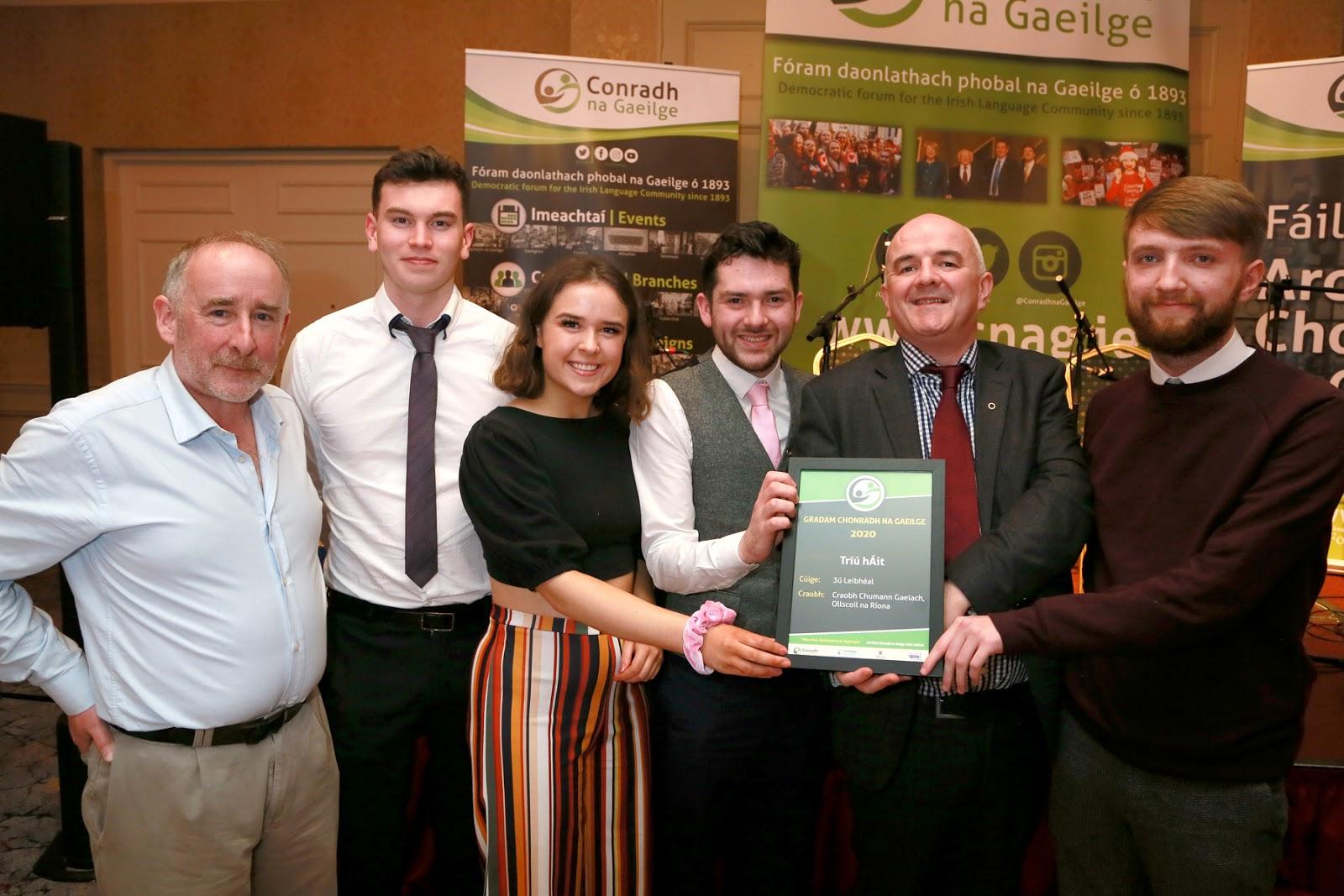 Any third level societies registered with Conradh na Gaeilge is welcome to take part in the competition. Further information is available by contacting Eímear at